From BBC archive of stories from WW2:

I regret not being able to translate the article in Faroese.

It is worth, I think recording on this site to show the links WW2 forged between families in the Faroe Islands and UK, a mixture of tragedy and joy and how strange coincidences occur separated in time and geography.

Our father, Harry Mornington Williams, was born in 1908 and brought up in a large family in Jarrow, County Durham. Despite Jarrow’s fame for unemployment during the 1930s following the closure of Palmer’s shipyard, Harry was fortunate enough to be in continual employment with the Co-operative Society from the age of 14, firstly with the Co-op Laundry, and afterwards as an insurance salesman. On 23 August 1939 he married our mother, Eleanor Dixon Anderson (Ella), whom he had courted for ten years; he had fallen in love with her at first sight across the mens-wear counter at the Co-op where she was employed as a shop assistant. She was his first and only love.

War broke out ten days later, and Harry was eager to join up before he was too old to see action. He had already been appointed a Special Constable in July 1939, and in August the following year he volunteered for RAF aircrew, along with his best man, Ted Macdonald. Being too old at 32 to become a pilot, he trained as a wireless operator, first at Blackpool and later at Cranwell. He proved to be very good at Morse code and was therefore posted to 612 Squadron, Coastal Command, where good communication with the Navy was essential.

Having come from a working-class background with no educational opportunities, and having had to work hard all his life, Harry like so many others found his wartime experience a revelation. As aircrew he was automatically part of an elite, and mixing as an equal with young men of a much higher social standing. Moreover, he was older and more experienced that most of them, and tended naturally to find himself in the role of adviser: so much so that he earned the honorary title among his RAF comrades of ‘the Vicar of Jarrow’ — still discernable as an inscription on his kit-bag.

We still have his Royal Air Force Observer’s and Air Gunner’s Flying Log Book, which gives meticulous details of his training and operational history from March 1941 to November 1942. From April 1942 he flew exclusively in the Armstrong Whitworth Whitley, a two-engined bomber little known today, as no complete example survives. At some time during this year he was promoted to sergeant. His first assignment was to patrol the Hval Fjord in Iceland, protecting the British fleet from U-Boats. He was then sent to Thorney Island for familiarisation with more modern equipment, including airborne radar (then unknown to the enemy), before beginning operational flying from Wick in September 1942. The operations consisted of anti-sub sweeps and searches, and escorting convoys.

At about this time, Harry’s normal crew was split up when its pilot F/S Ward was sent to London, and he therefore became a ‘spare WOP’. In November he joined the six-man crew led by New Zealander P/O Haeusler. At 7.45 a.m. on the foggy morning of 9 November 1942 they took off in the Whitley bomber ‘M for Mother’ for a North Atlantic operation, described in the log book as a ‘FLORA’. The three wireless operators took two-hour shifts in different positions during the flight and Harry was in the rear turret when, after about 45 minutes flying, the navigator asked for a ‘fix’ on his position, since he was not allowed to use the radio in case of detection by the enemy. He therefore threw out ‘flame-floats’. Harry saw no results from the first two, but when he saw the third burst into flames on hitting the water, he realised that they were much too low. The pilot then said via the intercom that he would climb to 2,000 feet, but shortly afterwards there was a commotion in the cockpit, and Harry heard the second pilot say ‘I can’t control it’. Moments later the plane crashed in flames. Harry was thrown against the escape door and, determined not to be trapped in the tiny rear-turret, dived out, fell to the ground and began to crawl away from the wreckage. Behind him about nine hours-worth of petrol was burning, Very lights and bullets were going off, and Harry expected at any moment that the bombs would explode.

He had no idea where he was. Crawling with broken ribs and a punctured lung, he was suddenly hit by a wall of cold air and found that in the fog he had reached the edge of a cliff. Changing direction, he found a trickle of water over some rocks and decided to follow it. After what must have been a long and hazardous journey, all at once he came out of the fog and saw far below a harbour and little ships. A party of young men with sticks appeared and he blew his whistle to attract their attention.

According to Danjal Nordberg and Danjal av Rana of the Faeroese island of Suduroy, they and their companions had decided to go up the mountain (Nakki) that morning to bring a flock of sheep down to winter pastures. The islands had been bombed on several occasions and the men were used to the sound of German planes overhead, but that morning they had heard the sound of a plane coming from an unusual direction, although they had not been aware of the crash. When they were confronted by an airman appearing out of the fog, they at first thought that he must be a German. Harry shouted ‘English!’, then ‘Royal Air Force!’, and finally ‘RAF!’, at which point they recognised his RAF uniform. Two of them helped Harry down the mountain to the British army base in the village of Tvoroyri, while the others went bravely on up to the crash site, despite Harry’s warnings about the unexploded bombs.

On arriving at the top of the mountain they found four badly burnt bodies among the wreckage of the plane. P/O Haeusler, the pilot, although horribly injured, was still alive. The men improvised a stretcher to carry him down the mountain to the little hospital in the village, where he died the following morning. The five bodies were placed temporarily in the village church, where in the next few days Harry had to identify them, a terrible task as the burning had left them scarcely recognisable. Shortly afterwards they were carried to the quay in coffins draped with Union Jacks, to be transported to the British army cemetery at Vagur. A large crowd of the local population gathered to watch the procession, moved by an overwhelming feeling of compassion as the tragedy of war came so closely into their lives.

Harry spent several days in the officers’ mess in Suduroy. Despite his injuries, his fellow officers — after plying him with a number of whiskies – took him to a dance there, where he always remembered dancing with a very beautiful young Faeroese girl! Eventually he was sent first to hospital in Torshavn, and then back to Britain on a fishing boat bound for Aberdeen, accompanied by a crate containing the belongings of the dead crew members. This sea journey took several days and was, he used to claim jokingly, the worst part of the experience!

Meanwhile, Ella had received the dreaded ‘regret to inform you’ telegram with news that Harry had been ‘slightly injured’. For reasons of wartime security, she was not allowed to know his exact location, and it was over a week before she received a telegram from Harry himself reassuring her that he was safe. After agonising delays, he was after all home in time for Christmas.

For the rest of the war Harry was grounded and held various responsible positions in flying control. In his Certificate of Service and Release, his commanding officer, Group Captain D. Finlay, stated: ‘His Service Record is of the very highest order, and I have had every opportunity of noting his trustworthiness, powers of control organisation and command. He is an N.C.O. of the best type and can be recommended unreservedly and with great confidence.’ Demobbed in November 1945, Harry returned to his pre-war job in insurance, from which he retired in 1975.

One of his first duties after the crash had been to contact the relatives of the crew members who had died, and we still have several poignant survivals of that correspondence. Every Remembrance Sunday we think especially of those five graves in the Faeroe Islands: Sergeant R.R. Best, pilot, aged 20; Flight Sergeant O.G. Davies, aged 22; Sergeant G.P. Turner; Sergeant R. Williamson; and the captain, Flying Officer H.J.G. Haeusler, pilot, aged 24.

It was only later in life that Harry developed a desire to return to the Faeroes, and in the year of their Golden Wedding this was arranged thanks to the good offices of Sofus Poulsen, the Faeroese ambassador in Aberdeen, who laid on a visit fit for royalty for both Harry and Ella. This was the first and only time in her life that Ella ever went abroad! They met many of the people on Suduroy who remembered the event, and were taken in a helicopter up to the site of the crash, where scattered remains of the Whitley bomber remain to this day. Harry was always fulsome in his praise of the bravery and generosity of the Faeroese people, to whom he owed so much.

As part of the celebrations of the 50th anniversary of the end of the war, in 1995 a Faeroese television company made a film about the incident, interviewing many of the people still alive who remembered it, including the two Danjals and Harry and Ella themselves. The video of this programme is a poignant reminder for us of our parents’ wartime experiences, happily so unimaginable to us. We will always be proud of them. They died within three weeks of each other, after short illnesses, in December 2000, at the ages of 92 and 90.

The story has another remarkable coda. In the 1990s our Auntie Dinah, Ella’s sister, then living in Darlington, met at a sewing class a lady with a foreign accent that she took to be German. On further acquaintance it transpired that she was Faeroese. Auntie Dinah then naturally told the story of our family’s connection with the Faeroes through Harry’s crash. Amazingly, it turned out that this lady, now Mrs Solveig Lowe, was the very girl that Harry had danced with only a day or two after the crash. Perhaps he had fostered in her an attraction for Englishmen, as she had later married another serviceman stationed in the Faeroes, and moved to England. Naturally a reunion was arranged, and she met Harry and Ella several times. She was also present at the memorial service held for them in St Paul’s Church Jarrow in April 2001. 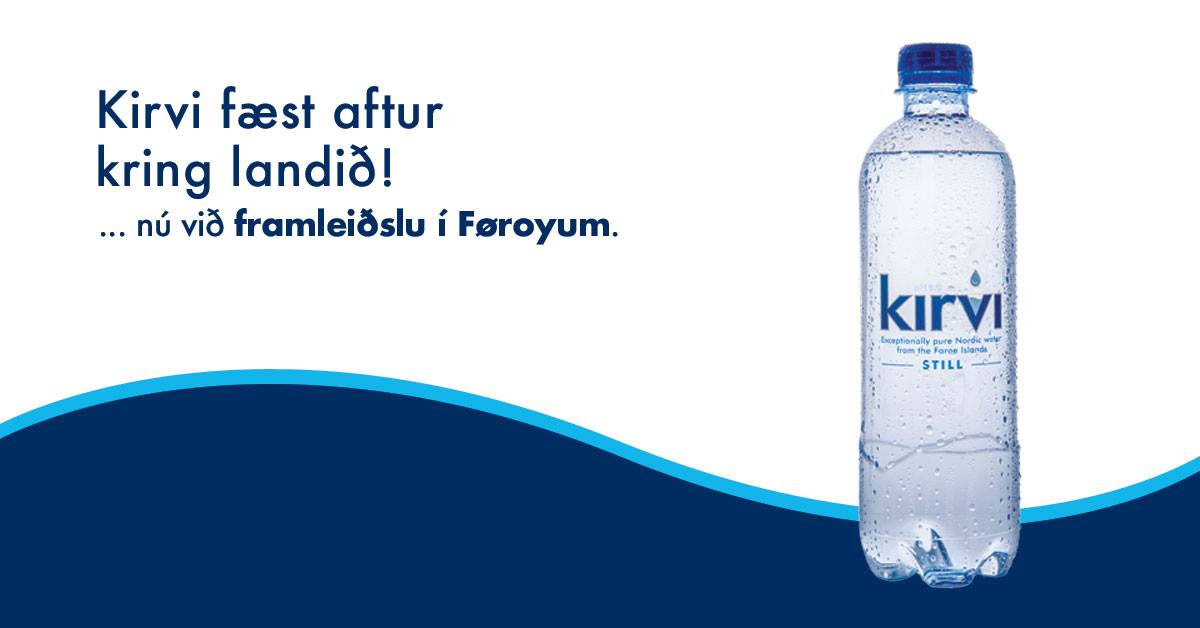